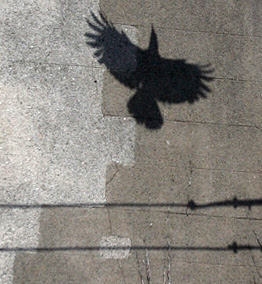 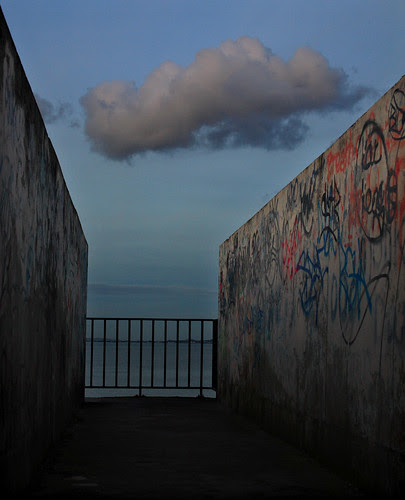 Is to pretend to corner, square
a bulge on the breeze, to put your finger on
something you can’t, contour
of an answer.
Posted by Mark Granier at 3:01 pm 4 comments: 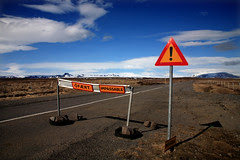 Put these together.
A flimsy yellow/red barrier
half-blocking the one road into the interior.

This is lowered, the guide tells us, for most of the year.
Beside it, like a stark-shadowed spear
a triangled exclamation mark stands on a pole.

What it adds to: almost the whole
country closed off. Turn left, squint over there:
a black ridge smoothed and blanked: claws of a glacier.
Posted by Mark Granier at 2:54 pm No comments:

Email ThisBlogThis!Share to TwitterShare to FacebookShare to Pinterest
Labels: Iceland, near Gullfoss

How Odd Are You? 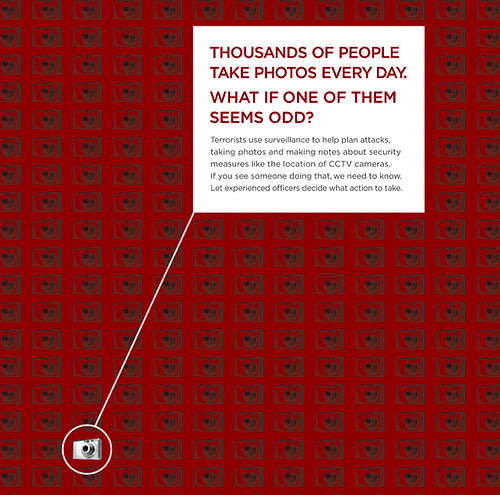 Above is a new poster from the Metropolitan Police, warning the public to watch for 'odd' photographers; part of their counter-terrorist campaign (two other posters with matching graphics focus on houses and mobile phones). Below are two parodies of it, one by LOLcat, the other by an unknown artist. 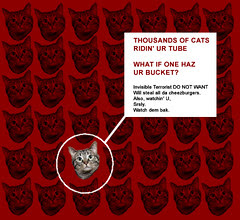 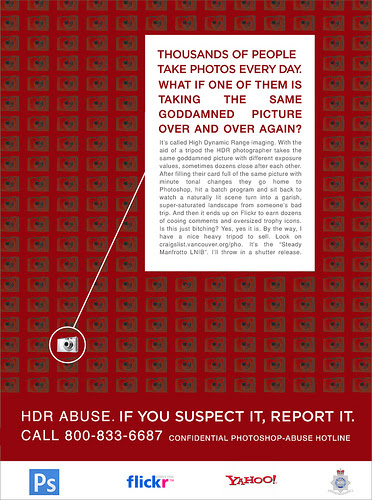 I'm sure there must be many more by now. The poster is MADE for piss-taking, a rich platter for visual gags and stand-up comics. Note the sombre green/brown and scary blood red. I bet the designers toyed with the idea of having grey/green or white backround, with that one 'odd' camera highlighted in red. But the overwhelming flood of dark red is much more effective, more alarming, more visceral: the colour of 'carnage'.

Notice also the choice of that word 'odd' . A more obvious, and appropriate, choice would have been 'suspicious'. Odd? A huge swarm of snappers (from the millions of kids flashing their mobiles to the standing army of semi-pros fiddlings with their digital SLRs) would appear odder than odd socks if you paused to scrutinise them. But it seems the Met wishes to cast, far and wide, a truly gross net.

The campaign is reminiscent of WW2: 'Careless Words Cost Lives' etc. Also Orwell's 1984 of course The Big Sibling is watching (watching the watchers in this case). Yes. We know. CCTV is everywhere, and is instrumental in catching the odd murderous little scumbag. And okay, maybe a raised public awareness, an extra vigilance, is called for when dealing with certain politically brainwashed lowlives. The problem is simple. Almost everyone has a camera, and a good many are inclined to more sophisticated compositions than tourist monoliths/landscapes or group shots of grinning pals. In other words, many people now gravitate to the 'odd' shot, though even the oddest has more than likely already been snapped to extinction (i.e. ordinariness). There really isn't all that much Odd left. Will the operators take that into consideration when they get those calls? Will the police? They may be forced to. If people react as hysterically as those posters urge them to, the poor old Met will be swamped.

Here are just a tiny fraction of the decidedly ODD photos I took, and the phonecalls they might have generated if such a campaign took off over here: 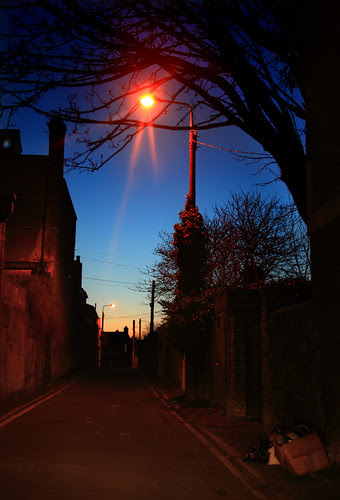 He's in the alley behind our house. I don't know what he's up to. No, wait. He's taking a photograph of...a lamp post! Please get here quick! 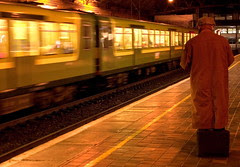 There he is Guard. He's still at it, taking photos behind that poor man's back. Or maybe he's an undercover cop. That man is acting a bit odd, come to think of it. What's in that briefcase? 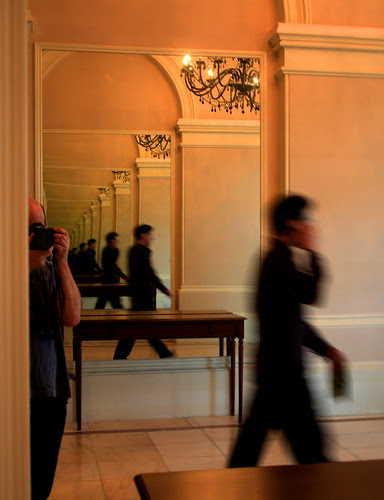 I'm just walking past him now. He hasn't shifted. He's photographing people in our lobby mirror. He is definitely shifty. Bald little bastard. With an odd shoulder bag. I'd strip search him immediately, though he'd probably enjoy it by the look of him. 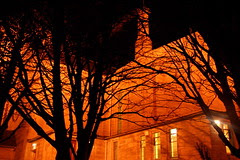 Is that the Emergency service? There is a man with a camera in the parking lot. He's taking photos of our church! No, he isn't bothering anyone. It's well after the last service. But look at the time! It's dark and cold, and he's standing there in a parking lot. He can't be a normal tourist, not by the cut of him. Ordinary photographers don't act like this. Do they?
Posted by Mark Granier at 10:16 pm 3 comments: