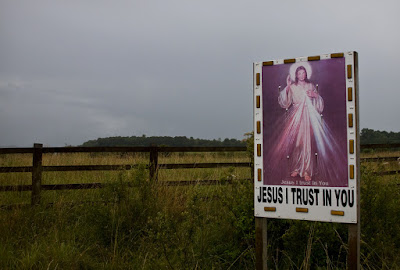 Looking for god is like asking directions for the edge of the earth. –– Stephen Hawking

In the beginning there was nothing, which exploded. –– Terry Pratchett

Before the Big Bang, no time, so no room for god
crushed against solid Nothing. We should
be ‘pretty pleased’. No need to fear god now
(though what scares most of us is that paler shadow

at the back of our group photo of devils and gods).

At the quantum level we’ve seen a photon pop
into existence from nothing –– why not
‘the ultimate free lunch’? So something has come
of nothing: my appetite’s gone. Bear with me

The unnameable was always a human name
even as it shrank from having a finger put on it ––
sunbeam touching the nerve in a passage tomb,
god of the minded gap, the sucked thumb,

cloud of unknowing breathed on a window pane.

What if god comes with the bubble-wrap, the fold
between universes, blacker than black rose
bundled into the mother of all black holes?

What if time is a sliced pan, each moment
self-preserved, fresh as the day it was born?

Moseying along the path at the edge of the cliff ––