To All You Web-Walkers Out There 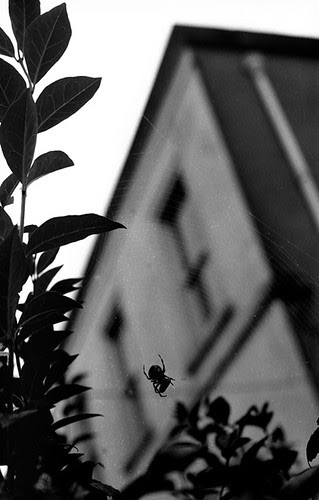 Happy Christmas, and may the new year find you as alive and well as you wish.
Posted by Mark Granier at 11:17 pm 2 comments:

Kind Of An Odd Moment 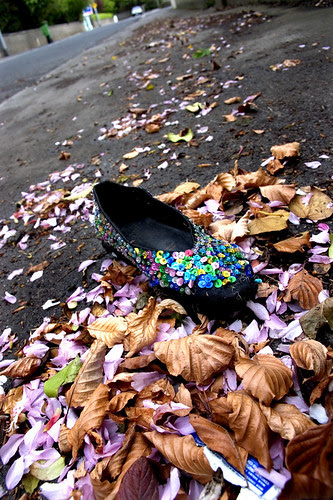 I salute Muntazer al-Zaidi, the Iraqi reporter who threw his shoes at Bush during a press conference. That is, I salute the strength and clarity of his gesture (his politics may be another matter altogether).

In any case, Bush didn't seem particularly fazed. Looking only mildly alarmed in the clip I saw, he ducked nimbly and came out wise-cracking: "I didn't know what the guy said, but I saw his sole." Ho ho! And (to the rest of the assembled reporters): "You were more concerned than I was. I was watching your faces." And then of course: "I'm pretty good at ducking, as most of you know," [adding quickly]"I'm talking about ducking your questions." Bush elaborated further: "I mean, it was just a bizarre moment, but I've had other bizarre moments in the presidency. I remember when Hu Jintao was here. Remember? We had the big event? He's speaking, and all of a sudden I hear this noise — had no earthly idea what was taking place, but it was the Falun Gong woman screaming at the top of her lungs (near the ceremony on the White House lawn). It was kind of an odd moment."

I wouldn't call the Muntazer al-Zaidi's protest a bizarre moment, nowhere near as bizarre as GWB's presidency. An odd moment? Yes, an oddly eloquent moment, a moment of unusual clarification, further elucidated by his shout, which apparently translates as: "This is your farewell kiss, you dog!" In other words: Shoo!

Muntazer al-Zaidi is now apparently being hailed as a hero in Baghdad's Shiite Sadr City, where thousands took to the streets on Monday, chanting, "Bush, Bush, listen well: Two shoes on your head." It has a ring to it, doesn't it?

Bush has claimed that he "didn't feel the least bit threatened by" the incident. This may be true. Mailer has described Bush (accurately, I believe) as someone "who has never been embarrassed by himself." Perhaps Bush is simply too unimaginative to feel either embarrassment or, most of the time, fear. No wonder the other journalists looked "concerned". They may have had faster brains, and been able to compute the possibility that a shoe in such circumstances may not be simply a shoe, a whole shoe and nothing but a shoe; they may have recalled Richard Colvin Reid (or Abdul Raheem) who was tackled on board an airplane in 2002 while attempting to ignite his heel (which was stuffed with plastic explosives).

Apparently shoe-throwing (and/or showing someone the sole of your shoe) is a sign of "extreme disrespect" in the Middle East. Makes sense to me. Now, if only we could persuade everyone with a grievance (in Iraq, Afghanistan etc.) to settle all with their shoes. A new tactic for the new year: Socks And Awe.
Posted by Mark Granier at 4:44 pm No comments: